All studies have citations or actual links to the research so you can freely verify the information. 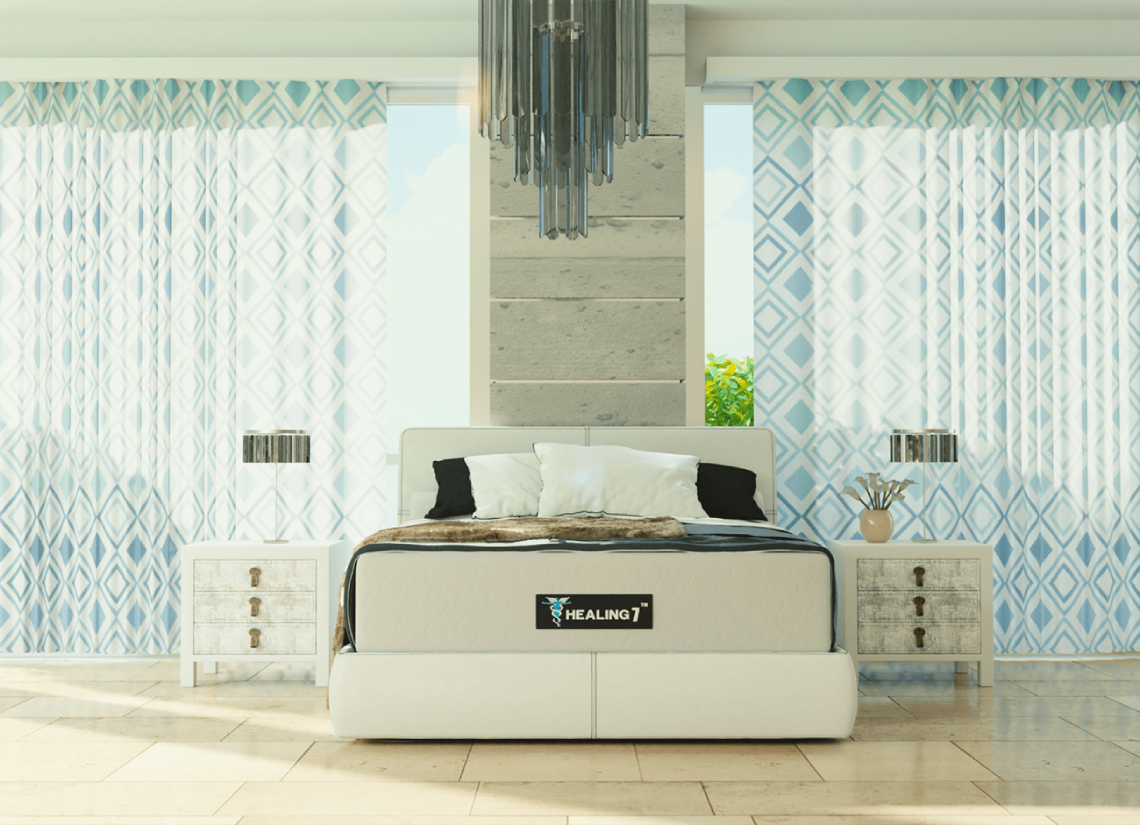 Weight gain, obesity and diabetes have reached alarming levels in the developed world. Traditional risk factors such as over-eating, poor nutritional choices and lack of exercise cannot fully account for the high prevalence of metabolic disease. This review paper examines the scientific evidence on two novel risk factors that contribute to dys-regulated metabolic physiology: sleep disruption and circadian misalignment. Specifically, fundamental relationships between energy metabolism and sleep and circadian rhythms and the impact of sleep and circadian disruption on metabolic physiology are examined.

Millions of individuals worldwide do not obtain sufficient sleep for healthy metabolic function, and many participate in shift work and social activities at times when the internal physiological clock is promoting sleep. These behaviours predispose an individual for poor metabolic health by promoting excess caloric intake in response to reduced sleep, food intake at internal biological times when metabolic physiology is not prepared, decreased energy expenditure when wakefulness and sleep are initiated at incorrect internal biological times, and disrupted glucose metabolism during short sleep and circadian misalignment. disturbed sleep and circadian rhythms represent modifiable risk factors for prevention and treatment of metabolic disease and for promotion of healthy metabolism.

McHill, A. W., and J. R. Wright. "Role of Sleep and Circadian Disruption on Energy Expenditure and in Metabolic Predisposition to Human Obesity and Metabolic Disease."Obesity Reviews : An Official Journal of the International Association for the Study of Obesity. U.S. National Library of Medicine, Feb. 2017. Web. 06 Apr. 2017.

We investigate how characteristics of sleep-wake dynamics in humans are modified by narcolepsy, a clinical condition that is supposed to destabilize sleep-wake regulation. Subjects with and without cataplexy are considered separately. Differences in sleep scoring habits as a possible confounder have been examined.

We find that wake duration distributions are consistent with power laws for healthy subjects. We conclude that narcolepsy mainly alters the control of wake-episode durations but not sleep-episode durations, irrespective of cataplexy. Observed distributions of shortest wake and sleep durations suggest that differences in scoring habits regarding the scoring of short-term sleep stages may notably influence the fitting parameters.

Impact of sleep debt on metabolic and endocrine function - Department of Medicine, University of Chicago

Chronic sleep debt is becoming increasingly common and affects millions of people in more-developed countries. Sleep debt is currently believed to have no adverse effect on health. We investigated the effect of sleep debt on metabolic and endocrine functions.

Glucose tolerance was lower in the sleep-debt condition than in the fully rested condition (p<0.02), as were thyrotropin concentrations (p<0.01). Evening cortisol concentrations were raised (p=0.0001) and activity of the sympathetic nervous system was increased in the sleep-debt condition (p<0.02).Sleep debt has a harmful impact on carbohydrate metabolism and endocrine function. The effects are similar to those seen in normal ageing and, therefore, sleep debt may increase the severity of age-related chronic disorders.

This paper presents the history of research and the results of recent studies on the effects of sleep deprivation in animals and humans. Humans can bear several days of continuous sleeplessness, experiencing deterioration in wellbeing and effectiveness; however, also a shorter reduction in the sleep time may lead to deteriorated functioning. Sleeplessness accounts for impaired perception, difficulties in keeping concentration, vision disturbances, slower reactions, as well as the appearance of microepisodes of sleep during wakefulness which lead to lower capabilities and efficiency of task performance and to increased number of errors. Sleep deprivation results in poor memorizing, schematic thinking, which yields wrong decisions, and emotional disturbances such as deteriorated interpersonal responses and increased aggressiveness. The symptoms are accompanied by brain tissue hypometabolism, particularly in the thalamus, prefrontal, frontal and occipital cortex and motor speech centers. Sleep deficiency intensifies muscle tonus and coexisting tremor, speech performance becomes monotonous and unclear, and sensitivity to pain is higher. Sleeplessness also relates to the changes in the immune response and the pattern of hormonal secretion, of the growth hormone in particular. The risk of obesity, diabetes and cardiovascular disease increases. The impairment of performance which is caused by 20-25 hours of sleeplessness is comparable to that after ethanol intoxication at the level of 0.10% blood alcohol concentration. The consequences of chronic sleep reduction or a shallow sleep repeated for several days tend to accumulate and resemble the effects of acute sleep deprivation lasting several dozen hours. At work, such effects hinder proper performance of many essential tasks and in extreme situations (machine operation or vehicle driving), sleep loss may be hazardous to the worker and his/her environment.

a growing body of evidence points out that sleep restriction, although inducing relatively small physiological effects (changes in the immune function, increased tendency to gain weight and to develop high blood pressure with all its consequences), not only leads to weariness but also causes a significant disruption in functioning, such as the deterioration of vision and perception, weakened concentration, impaired memory, longer reaction time, increased number of errors, reduced precision of performance, occurrence of sleep microepisodes during wakefulness, schematic thinking, making inaccurate decisions, and emotional disorders. Moderate fatigue after 20–25 hours of sleeplessness impairs task performance to an extent comparable with that caused by alcohol intoxication at the level of 0.10% blood alcohol concentration. The effects of a chronic sleep loss or a shallow sleep maintained for several days tend to accumulate, leading to the disruption of cognitive functions which is comparable to that after severe acute total sleep deprivation of several dozen hours. Such effects hinder the correct performance at work, and in extreme cases (machine operation and vehicle driving), may pose hazard to the workers themselves and their environment.

To measure body composition, energy expenditure, caloric intake, and sleep in a large, diverse sample of healthy men and women and determined how energy balance and diet are associated with sleep physiology.

Data from individual subjects in prolonged sleep deprivation show a gradual, systematic decline in performance. Soldiers can fight for extended periods of time with only brief, fragmented sleep, but they become progressively less productive as the days pass and are increasingly prone to abrupt and serious failures in command and control.

Why Is Sleep Important - National Institutes of Health

Sleep plays and important role in many aspects of our lives. While you're sleeping, your brain is preparing for the next day. It's forming new pathways to help you learn and remember new information. Sleep also plays an important role in your physical health. For example, sleep is involved in healing and repair of your heart and blood vessels. Lastly, getting enough quality sleep at the right times helps you function well throughout the day.

After several nights of losing sleep—even a loss of just 1–2 hours per night—your ability to function suffers as if you haven't slept at all for a day or two. Studies show that sleep deficiency alters activity in some parts of the brain. If you're sleep deficient, you may have trouble making decisions, solving problems, controlling your emotions and behavior, and coping with change. Sleep deficiency also has been linked to depression, suicide, and risk-taking behavior. Sleep deficiency also increases the risk of obesity, how your body reacts to insulin, and results in a higher than normal blood sugar level.

Sleep, Plasticity and the Pathophysiology of Neurodevelopmental Disorders: The Potential Roles of Protein Synthesis and Other Cellular Processes

Sleep is important for neural plasticity, and plasticity underlies sleep-dependent memory consolidation. It is widely appreciated that protein synthesis plays an essential role in neural plasticity. Studies of sleep-dependent memory and sleep-dependent plasticity have begun to examine alterations in these functions in populations with neurological and psychiatric disorders. Such an approach acknowledges that disordered sleep may have functional consequences during wakefulness. Although neurodevelopmental disorders are not considered to be sleep disorders per se, recent data has revealed that sleep abnormalities are among the most prevalent and common symptoms and may contribute to the progression of these disorders. The main goal of this review is to highlight the role of disordered sleep in the pathology of neurodevelopmental disorders and to examine some potential mechanisms by which sleep-dependent plasticity may be altered. We will also briefly attempt to extend the same logic to the other end of the developmental spectrum and describe a potential role of disordered sleep in the pathology of neurodegenerative diseases. We conclude by discussing ongoing studies that might provide a more integrative approach to the study of sleep, plasticity, and neurodevelopmental disorders.

Whether cellular stress from sleep deprivation leads to altered brain plasticity is controversial. Many of the studies on the cellular effects of sleep deprivation were done with acute, total sleep deprivation. In reality, the effects of chronic, partial sleep deprivation during a critical time in development and throughout a lifetime (as in the case with autism) are potentially different. Chronic, partial sleep deprivation may lead to accumulated changes, ultimately leading to, for example, neuronal cell death/dysfunction over time [271]. Because these are disorders of development, perhaps the timing of the abnormalities of sleep in the scope of critical brain maturation leads to more severe effects at different times. Additionally, there may be gene/environment interactions that alter the adaptive ability of the cell, where chronic, partial sleep deprivation in a normal individual may not cause substantial pathology, but chronic, partial sleep deprivation in a person predisposed to autism causes substantial neurobiological changes. Although this hypothesis may be less tenable in neurodevelopmental disorders with a Mendelian inheritance pattern, chronically-altered sleep may simply be more related to the severity of the cognitive symptoms in these cases. Cell signaling and cortical connections are often altered in these disorders, and these alterations have unknown consequences on the sensitivity of the neurons to perturbations. Therefore, the combination of abnormalities of sleep and the altered brain conditions that are present in these neurodevelopmental disorders might lead to a synergistic and deleterious effect. These ideas are difficult to test, but doing so will likely yield significant advances in both basic and applied sleep research.

Sleep Deprivation in Critical Illness: Its Role in Physical and Psychological Recovery

Critically ill patients frequently experience poor sleep, characterized by frequent disruptions, loss of circadian rhythms, and little time spent in restorative sleep stages. Factors that are associated with sleep include medications, patient interactions, and environmental noise and light. As the field of critical care increasingly focuses on patients' physical and psychological outcomes following critical illness, understanding the potential contribution of sleep disruption on patient recovery is an important area of investigation. This review article summarizes the literature regarding sleep architecture and measurement in the critically ill, causes of sleep fragmentation, and potential implications of sleep disruption on patients' recovery from critical illness.

Critical illness is characterized by markedly abnormal sleep, with frequent disruptions, altered circadian rhythms, and reduction in restorative N3 and REM sleep. These perturbations are caused by factors inherent to critical illness, such as disease severity, sedating medications, and environmental factors such as noise, light, and patient interactions. Decades of research show that even healthy participants demonstrate numerous physiologic and psychological derangements following sleep loss. Given our current knowledge regarding poor sleep quality in the critically ill, and its potential implications, optimization of sleep in the is a logical next step in critical care outcomes research.

This research was to understand the differences in your sleep stages and how they affect your brain function during sleep. It also sheds light on multiple sleep disorders, tips on helping your sleep, and restoring your body through a healthy sleep routine.

There are many different factors that go into understanding how sleep works and how our bodies and minds react to different sleeping patterns and habits. Sleep research is expanding and attracting more and more attention from scientists. Researchers now know that sleep is an active and dynamic state that greatly influences our waking hours, and they realize that we must understand sleep to fully understand the brain.